Typical ways to bring about gamma rays are through high energy collisions and electron-positron annihilation. Since positrons are a little hard to find, it has generally been assumed that most gamma rays are due to high energy explosions, implosions and collisions. However, the sheer number of gamma ray sources indicate that there must be something else going on. There must be some simple, and largely ignored, mechanism in which gamma rays can be produced.

As it turns out, we do know of a natural phenomenon that produces both positrons and gamma rays. Recent research into lightning here on Earth has shown that these exotic particles are intimately related to this rather common phenomenon.

It does not require a lot of imagination to deduce from this that the majority of gamma rays coming from space may be due to similar mechanisms. Pulsars may be flashing due to repeating discharges between two stars orbiting each other in a binary arrangement. Supernovas may emit gamma rays due to electric activity rather than kinetic implosion, and the two orbs observed above and below our own galaxy may be a gigantic z-pinch. 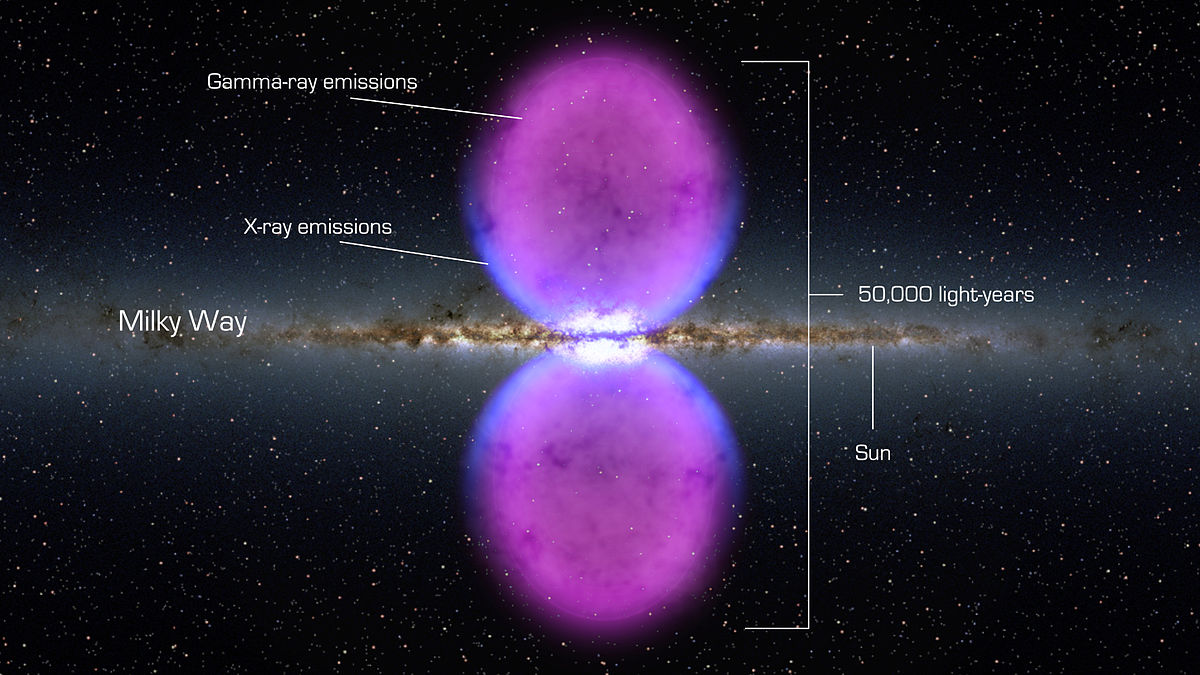